SmartonCommunication will launch OBD2 cloud based system for commercial trucks 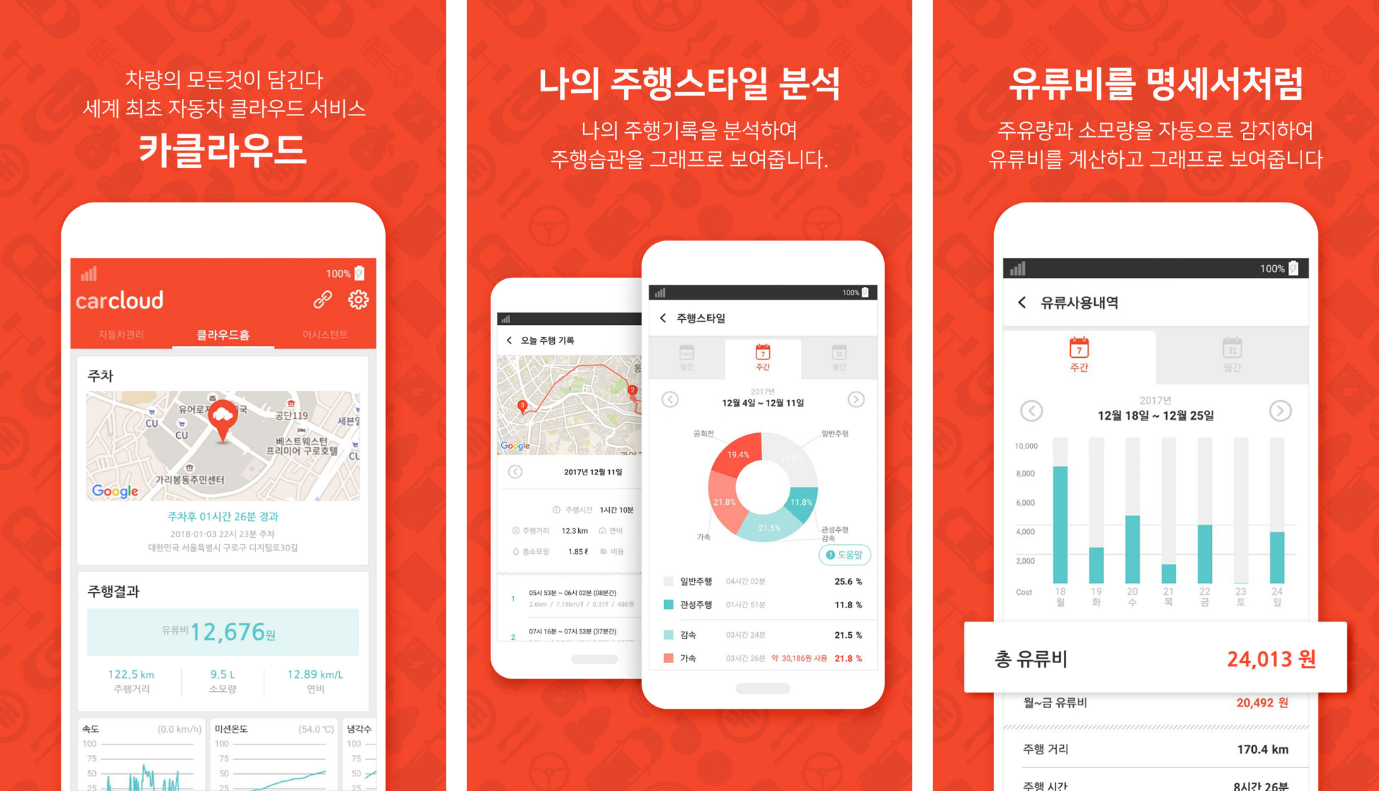 SmartonCommunication Corps, which is located in Seoul, Korea, will launch OBD2 cloud service for commercial trucks. It also revealed that its corporation with one of the biggest Korean truck service company to launch the system, according relevant person who asked not to exposes his name. Monstergauge is a UDS-based Android application that collects driving data from cars and displays in smartphone, which communicates with ECU sensor in car throughout the OBD2 connector developed by the company. Driver can monitor continuously a variety of information on smartphone, including engine, battery, tire status, fuel consumption, dyno graph etc.. Since the app operated through Bluetooth module, users could use with a smartphone without a sim card. The application sends data of the users to its server whenever it connects to Wifi autonomously in this case. Carcloud, the other application developed by the company, saves data and displays driving/engine information in its decent UI. The application is mainly used as a car-note which helps drivers maintenance of the car by analyzing the day daily/weekly/monthly basis. “We have been acclaimed by many of our users with high satisfaction. With more than 450M km of driving data, our team found out the new way of OBD2 based fleet management system” one of the Co-CEO Steven Lee says. “OBD2 with UDS information supply companies with a lot of insights regarding fleet management, including estimate of malfunction, battery status, TPMS error, Engine&Transmission Error code, Fuel consumption etc..” he added. “Our team offers Monstergauge VMS(unofficial name) both of standard and extended frame of CAN data, which not only calculates idling, fuel consumption, and timing of replacing engine oil, tire, brake pad etc., but also monitors TPMS, IBS, and other relevant sensors’ data. Rental, car-sharing, logistics, public transportation will be our main target market who benefited the most by reducing fleet maintenance expenditure” the CEO comments. SmartonCommunication has launched MonsterBlood, big data custom engine oil as the result of analysis of Korean automobiles data, The amount of data for MonsterBlood engine oil was above 400M km, 40,000 cars that stashed in the server of the company.

Your inquiry has been accepted.

We will reply to the email address you entered.